The following are scans of the newspaper articles covering my experience at City Hall seven years ago in October 2001, about which I describe in COP CAMERAS & TASER GUNS and ODE TO FRUITLOOPS.

I, a scheduled speaker on that day's agenda, was "escorted out" by five members of the Royal Canadian Mounted Police (RCMP). They had been called by the mayor to shut-down my questions regarding police use of tasers, surveillance cameras and helicopters in Kamloops, British Columbia, the very town to which the Polish immigrant CANADA'S HERO ROBERT DZIEKANSKI was planning to live. Tragically, he was tasered to death by police in the Vancouver airport and never saw any more of Canada than the "no man's land" of border control where the baggage carousels go around and around and around - as did he for ten hours there. ~ Jackie Jura Taylor 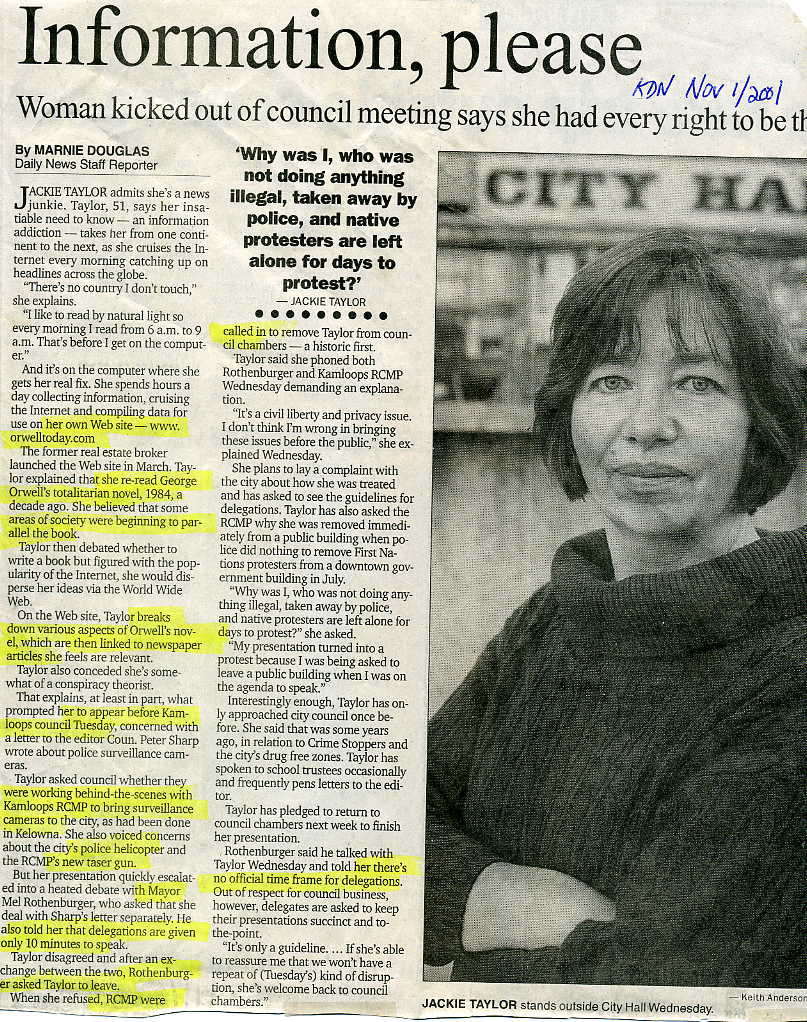 my letter-to-editor explaining what Orwell meant in "1984" 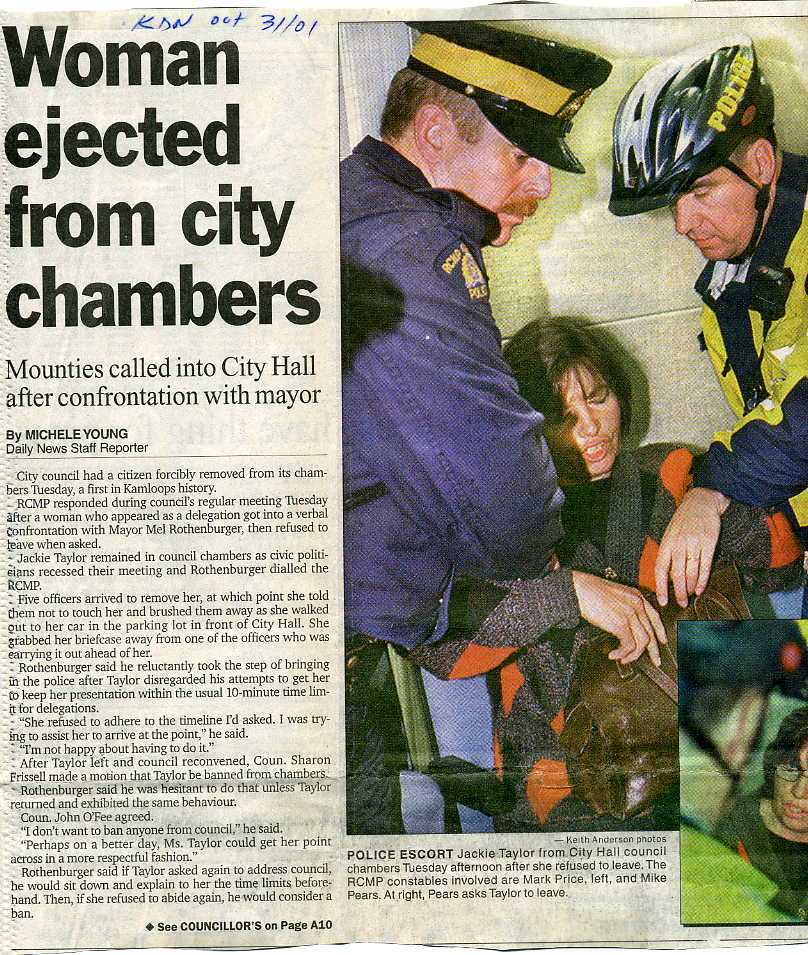 Use of tasers up 57% in Canada. Van Sun, Nov 17, 2007
Municipal police forces in B.C.'s Lower Mainland have dramatically increased their use of the Taser over the past two years, deploying it 57 per cent more often in 2006 than in 2005, according to statistics compiled by the provincial government. The figures come as Kamloops prepared for the funeral today of Polish immigrant Robert Dziekanski, who died Oct. 14 after being shocked several times with the weapon by four RCMP officers at Vancouver airport. Dziekanski's mother lives in Kamloops. Video of Dziekanski's death, which was released this week to the media, sparked worldwide attention on the use of the stun weapons. In 2006, the Lower Mainland's six municipal forces - not including the RCMP - deployed the Taser a total of 152 times, according to figures collected by the Police Services Division. That's up from 97 deployments in 2005, a 57 per cent increase....When police in B.C. first began using the device in 2000, they argued it would serve as an alternative to their firearm - stunning dangerous criminals who might otherwise be shot. Instead, said Mollard, police seem to often rely on the Taser to subdue non-dangerous suspects who could be dealt with in other ways - such as Robert Dziekanski. "It's clear that we've drifted," he said. "Instead of an option of last resort, the Taser has become an option of almost first resort."

37.We're The Dead and 7.Systems and 42.Big Brother Tells Why